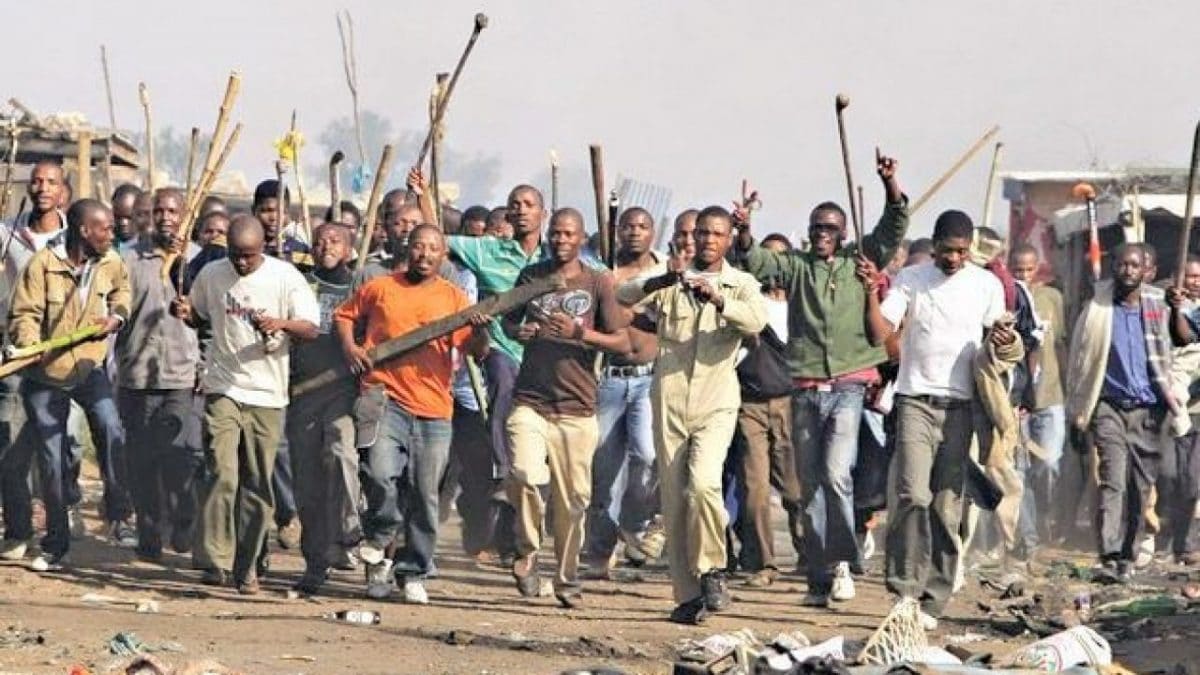 There was pandemonium on Wednesday in Ogbolomabiri community in Nembe Local Government Area of Bayelsa State following exchange of gunfire between supporters of the Peoples Democratic Party (PDP) and the All Progressives Congress (APC) during a governorship rally organised by the ruling party.

A staff of the Bayelsa State-owned radio broadcasting corporation, Radio Bayelsa and driver of the outside broadcasting van identified as Simon Onu was hit by flying bullet and died on the spot while trying to maneuver his vehicle from the troubled spot.

Five others identified as supporters of the PDP mobilised from Yenagoa, the capital city were reported killed in the bloody shooting. A policeman was reportedly shot in the leg, while another mobile police was also shot in the stomach.

The governorship campaign rally of the Peoples Democratic Party, PDP, which was slated to hold in the area was disrupted and party faithfuls chased out of the area.

DAILY POST Bayelsa State’¢ correspondent with other journalists who attended the event were held hostage in the Nembe forest for several hours until the military came to their rescue.

Governor Seriake Dickson, who was billed to attend the rally in company of the candidate of the party, Senator Douye Diri, however, condemned the bloody attack.

DAILY POST learnt that trouble started when some supporters of one of the political parties started defacing posters and flags of the rival political party at the King Koko Square venue of the rally.

Serious shooting by armed men reportedly rocked the King Koko Square venue of the campaign as party supporters waiting for the dignitaries to arrive took to their heels.

The attackers, it was also learned opened fire on the protocol bus of the Bayelsa State Government House along the junction between Bassambiri and Ogbolomabiri communities.

Some journalists, including James Akam of the DAILY POST and Mike Taiyese of the Daily Asset Newspapers, covering the rally were also caught in the cross fire as many others sustained different degree of injuries.

Confirming the shootings, the incident, spokesperson of the Nembe Chiefs Council, Chief Nengi James, said there was a clash between rival supporters of the PDP and APC in Nembe resulting in injuries.

He said: “I can confirm that supporters of the PDP and APC clashed in Nembe with some persons sustaining various degree of injuries, but however, no death has been recorded.”

Also, a prominent indigene of the area and former senator representing Bayelsa East senatorial district, Senator Nimi Barigha-Amangi, has condemned in its entirety the act of provocation and violence released on the community by supporters of the People Democratic Party (PDP).

In his statement Chief Senator Nimi Barigha-Amangi noted that the approved venue for the PDP rally was King Koko Square and instead of going about their normal business of the day, went about chanting war songs around the community terrorising and molesting passers by.

Chief Barigha-Amange said that this was uncalled for, because other patties did use the same venue for their rallies which was very peaceful and rancour free.

He, however, warned that no individual should hide under any political platform to breach the already existing peace and harmonious relationship amongst the people in Nembe.

He called on the various security agencies in the area to redouble their efforts in stopping troublemakers from further terrorising the peace-loving people of Nembe in name of politics as no group would be allowed to over run the Nembe community.

The Police Public Relations officer, Asinim Bustwart, was yet to respond as at press time.