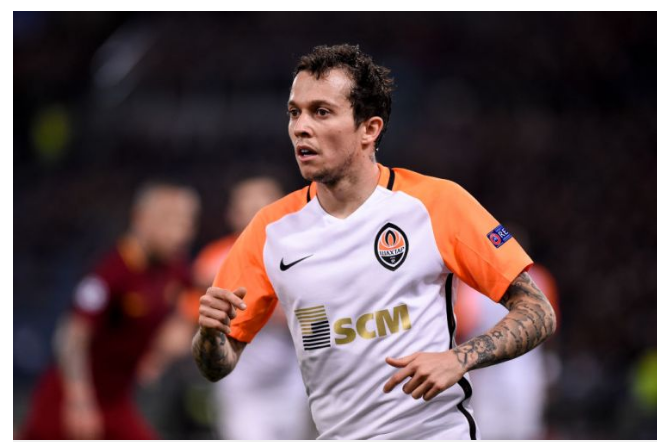 Former Shakhtar Donestk winger, Bernard is on the verge of signing for Chelsea after the Blues conceded defeat in the race to land Russian World Cup star, Aleksandr Golovin.

Golovin opted to join Monaco instead.

Brazilian newspaper, GloboEsporte reports that Chelsea have moved on quickly to snap up Bernard on a free transfer.

The 25-year-old, who is out of contract since the end of the season, has been inundated with offers since leaving Shakhtar.

GloboEsporte claims that Bernard has 12 official proposals from the likes of West Ham, Leicester City, Wolfsburg and Palmeiras – but it is Chelsea who look set to win the race to sign him.

According to the newspaper, Chelsea have offered Bernard a lucrative contract which he is happy with.

He is now ready to sign for Chelsea on a free transfer, where he is expected to provide cover and competition to Sarri’s existing attacking options.