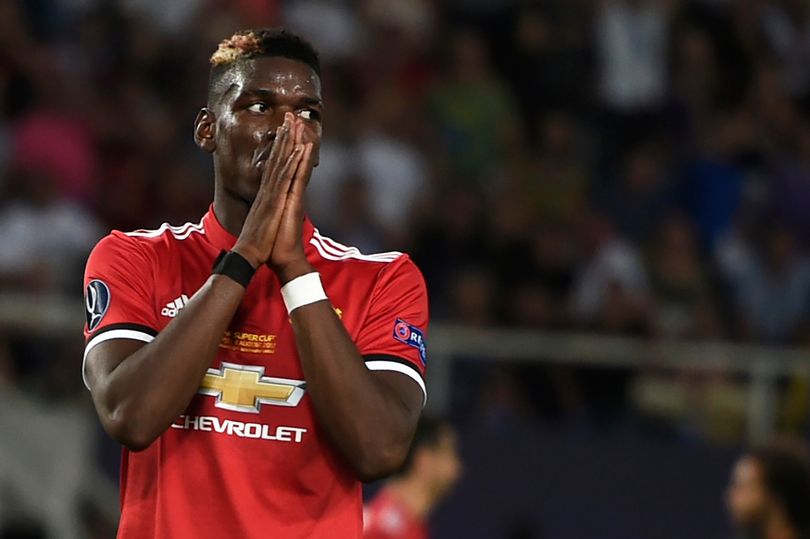 A former Premier League ace, Stan Collymore, has claimed that Manchester United star, Paul Pogba does not have the discipline to perform at the highest level week-in, week-out.

Collymore said this in the wake of Pogba’s key role in France’s World Cup win.

Pogba has experienced mixed form since rejoining Manchester United from Juventus in a then-world-record £89m deal two years ago.

This came amid talk of a rift with United manager, Jose Mourinho, which both men have tried to stifle.

Pogba helped France win the World Cup earlier this month leaving many United fans expecting him to finally hit top form on a regular basis during the forthcoming season.

Collymore has now explained why he doesn’t believe Pogba can deliver on a consistent basis under Mourinho in Manchester.

“We expect Paul Pogba to be brilliant every time he pulls on a France or Manchester United shirt partly ­because Messi and Ronaldo do it week in, week out,” Collymore told The Mirror, UK.

“But also because he has shown us over the years just what he is capable of.
“He did it again in the World Cup semi-final and final for France, when he was excellent in both matches.

“So it’s no wonder United fans and manager Jose Mourinho have been wondering again why he isn’t doing it for his club on a regular basis.

“But here’s the thing: I’m not ­convinced he CAN do it on a regular basis – because he just doesn’t have the discipline for that.

“Yes, he has the discipline when he’s playing in two huge World Cup ­matches with a major prize at the end of them. But week in, week out, when all that’s on offer is three points against a Cardiff or Bournemouth, I’m not so sure.

“But if you can do what he did in the semi-final and final of a World Cup, then there can be no excuse for not doing it in run-of-the-mill Premier League games, Champions League games and Europa League games – and often that just isn’t the case.

“He’s far too inconsistent and that inconsistency is all part of what I call the ‘juvenilisation’ of players.

“They are treated like Under-11s and, as such, Pogba, Neymar and Co are Under-11 footballers.”