Images have emerged online showing that one of Big Brother housemates, Aderombi Adedayo Martin, AKA Dee -one is legally married.

The comedian seem to be applying ex-housemate, Tin Tall Tony, AKA, TTT’s strategy in the reality show.

TTT, while in the Big Brother house had claimed to be single, until his wife released photos of their family.

The marriage pictures revealed that Dee-one had a court wedding where both families were present.

Dee-one had on Wednesday rejected female housemate Ahneeka during a pairing game organised by Big brother. 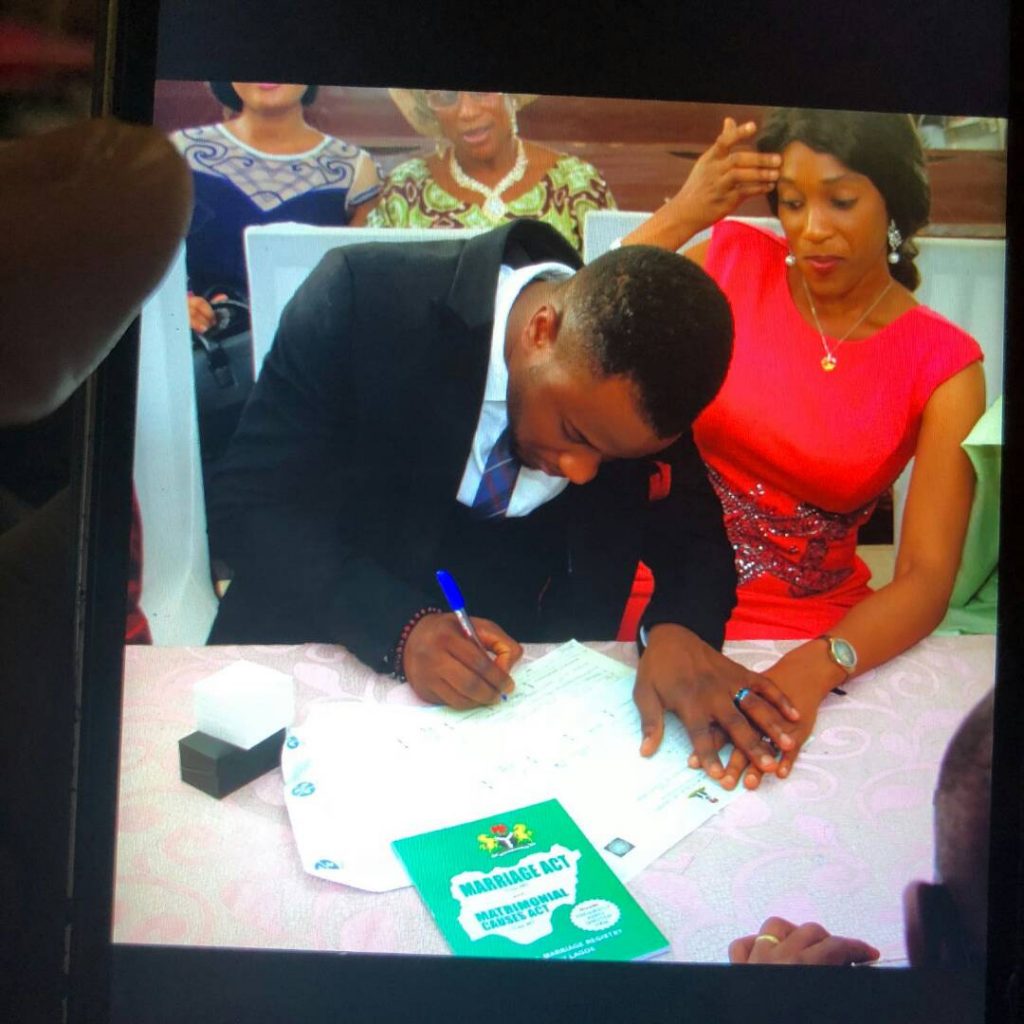 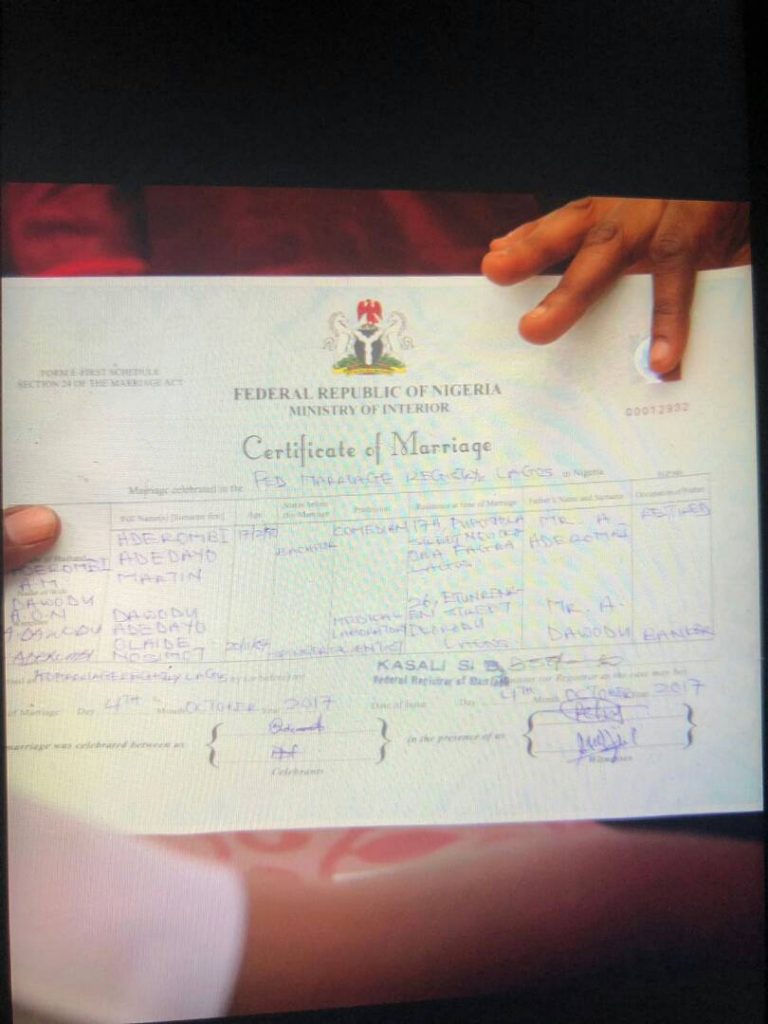