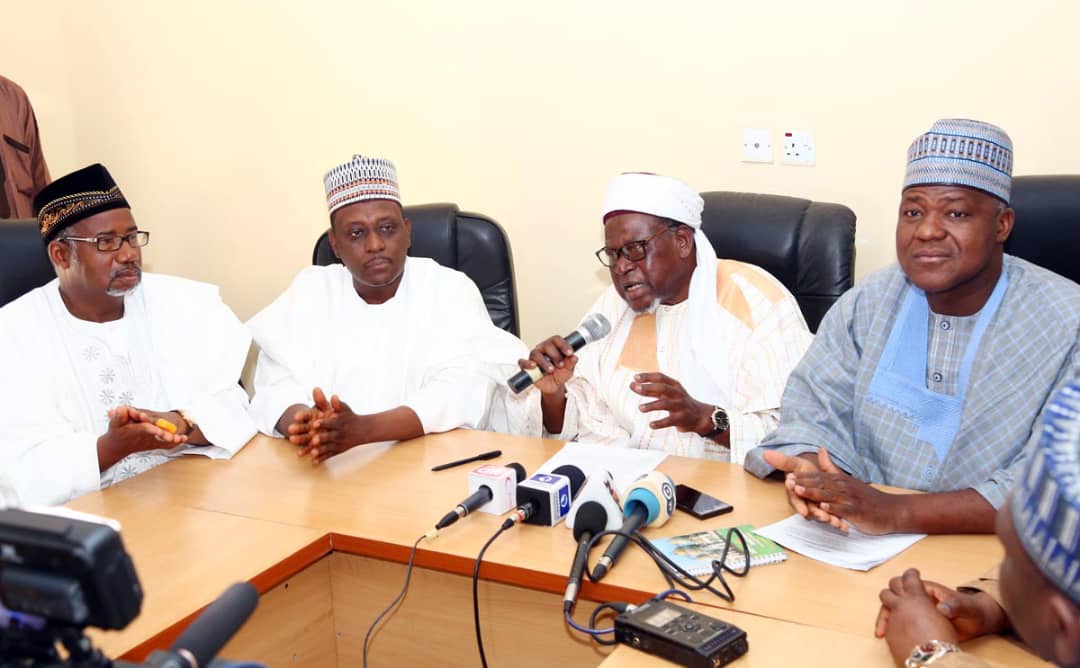 The Speaker of the House of Representatives, Hon Yakubu Dogara, has disclosed plans to unleash violence on the people of Bauchi State during the forthcoming elections, claiming that there is evidence that the state government has procured assault rifles for that purpose.

He debunked insinuations that he is opposing Governor Mohammed Abduallahi Abubakar’s re-election because the latter is not originally from the state.

Speaking at a press conference by a coalition of political parties and stakeholders United against the Bauchi state government, Dogara said they had uncovered an alleged government-sanctioned plot to perpetuate violence on unprecedented scale to ensure that the present administration continues to rule over the affairs of the state against their will.

“Now, we have heard, with some evidence, that violence on unprecedented scale is being planned in order to ensure that whether we like it or not in Bauchi State, they will maintain the status quo. Now, the reason why I must address this is because we are all aware, most of us, including journalists, of a young man who came out to polling booth with an assault rifle and the picture was captured, I can even name his name if you want. I can say one his name is Ilela, you can fill the gap.

“Now, my worry is that this thing is being encouraged by the government of the state, all of you know that but the warning I will deliver is that they should desist from planning to kill our brothers and sisters, our uncles and our relations in Bauchi State. If someone does not have his own relations in the state and that is why he trying to promote violence, I want to say categorically here that he should desist from doing so. And some of our brothers that are conniving with him, by the time this crisis comes, his own sister is not going to be killed because he doesn’t have them, he doesn’t have uncles that will be killed, he doesn’t have brothers and sisters that will be killed and nephews and nieces that will be killed but we all have them.

“But in spite of all those things, the resolve of all the people of Bauchi State, as has always been, is to cast their votes, to stay there till their votes are counted and until the results are known and by so doing, as we always done, the will of the people will prevail. Now, if anyone is killed, the chief promoter of this violence, we are delivering this warning, we will not only defeat him, we will ensure that we get a bus that may escort all that he has, maybe 10-seater bus out of the state so that we can live in peace that Bauchi is known for and make the kind of progress that is needed,” he stated.

Dogara explained that neither he, nor other people standing against the governor of the state have any grudge against him because he is not from Bauchi State originally, but because he has failed to bring development to the state, having failed in human capital development, promotion of healthcare, education, infrastructure, among others.

“We are not fighting as some of them have alleged and rightly so, that the governor is not originally from Bauchi State, that is not the reason. We have welcomed so many people who have done good to this state and we will not stop but anyone who will bring lack of progress, will steal resources from Bauchi, will encourage underdevelopment of Bauchi, even if he is the original son of the soil, we will fight that person. And I want to say before you all here, before all the people of Bauchi, that even among them, we are working hard to make sure that when one of them emerges the governor and begins to do what Governor M.A is doing in Bauchi State, they will see what M.A is seeing. We will continue to try until we get the best that will take this state out of the dungeons. That is very, very important.

“So, it doesn’t matter where you come from, provided you are not for the people of Bauchi State, some of us have vowed – there is nothing we are looking for from the governor, not appointments, contracts or anything- because God has brought us to the level where if we see that some is wrong, we should be able to say it and stand by it, to stand with the truth and not what is convenient or promote our interest or what will bring money to our pockets. We do not need it.

“We are fighting agents of underdevelopment and for the people of Bauchi State. We will not only defeat him, we will prevent anyone from stealing elections in this state and continue to perpetuate himself so that he can continue to play with the destiny of Bauchi State.

“If you play with education, you are playing with your future. 1.3 million children out of school is too much a burden for us. If we continue like this, we are going to have millions in next few years so what do we do with them? They are unskilled, they are not trained, even if you build the industries, you cannot employ them because they do not have the training, they do not have the skills, so what do you do with them? And then, imagine if they are two to three million in the next 15 years, what do we do with them, throw them in wells? Kill them, because they will kill us. So, that is the grave danger that all of us as stakeholders face.”

He warned the people of Bauchi not to joke with the future of their children by supporting the re-election of a governor that according to him does not care that 1.3 million children are out of school, not because there is no funds to promote development of education and other areas, but out of greed and lack of concern for the growth of the state. The speaker noted that it is inevitable when youths are not trained, they will become a security threat in the future because of poverty and idleness, among other things.

“Instead of sinking boreholes, improving our hospitals and schools, all they do is use them in producing billboards, banners and posters. Our youths who should be in school, about 1.3 of them are out of school, the only job they have is for them to guard these billboards and if you are not prepared to be a guard man or guard woman of these billbords, then there is no job for you. That is the unfortunate situation that this state that is blessed with talents, blessed with elites, has found itself.

“Now, our governor made a very big mistake; the mistake is that he thought he could gather money accruing to the state and price all of us, including the elders here. He believes that all of us have price tags and I can assure that most of us have been priced already. If not because of the interest of Bauchi State, I can beat my chest and swear with whatever that we will not be seated here, all of us would have settled because the governor would rather pay Baba Waziri (Alhaji Bello Kirfi) he would rather pay me, pay some of us, than pay all these noisemakers or some of these our brothers who worship only their stomach, their God is their stomach. If that is not the case, there is no sane person in Bauchi State that will align with what is happening in this state. There is no progess virtually in all areas of human development and you talk about the local government system, it is dead.

“We are not talking about 50 billion here, what of the money accruing to local government? What happened to it and it is hundreds of billions in the last 3 years plus. Where is the money in Bauchi State? So, when we talk, we talk with pains. You can now understand. Look at the progress that is being made in Gombe, states like Jigawa in those days, even in Adamawa, if you go to Yola, you can see some progress being made. Go to Plateau, in spite of crisis upon crisis in that state, look at the progress that is being made. What has happened to Bauchi State? Is it because we are cursed? So, what is the problem?

“That is why all of us here have agreed to work together and even if it means producing one candidate in order to ensure that we send lack of progress and development out of Bauchi State, we are prepared to do that,” the Speaker said.