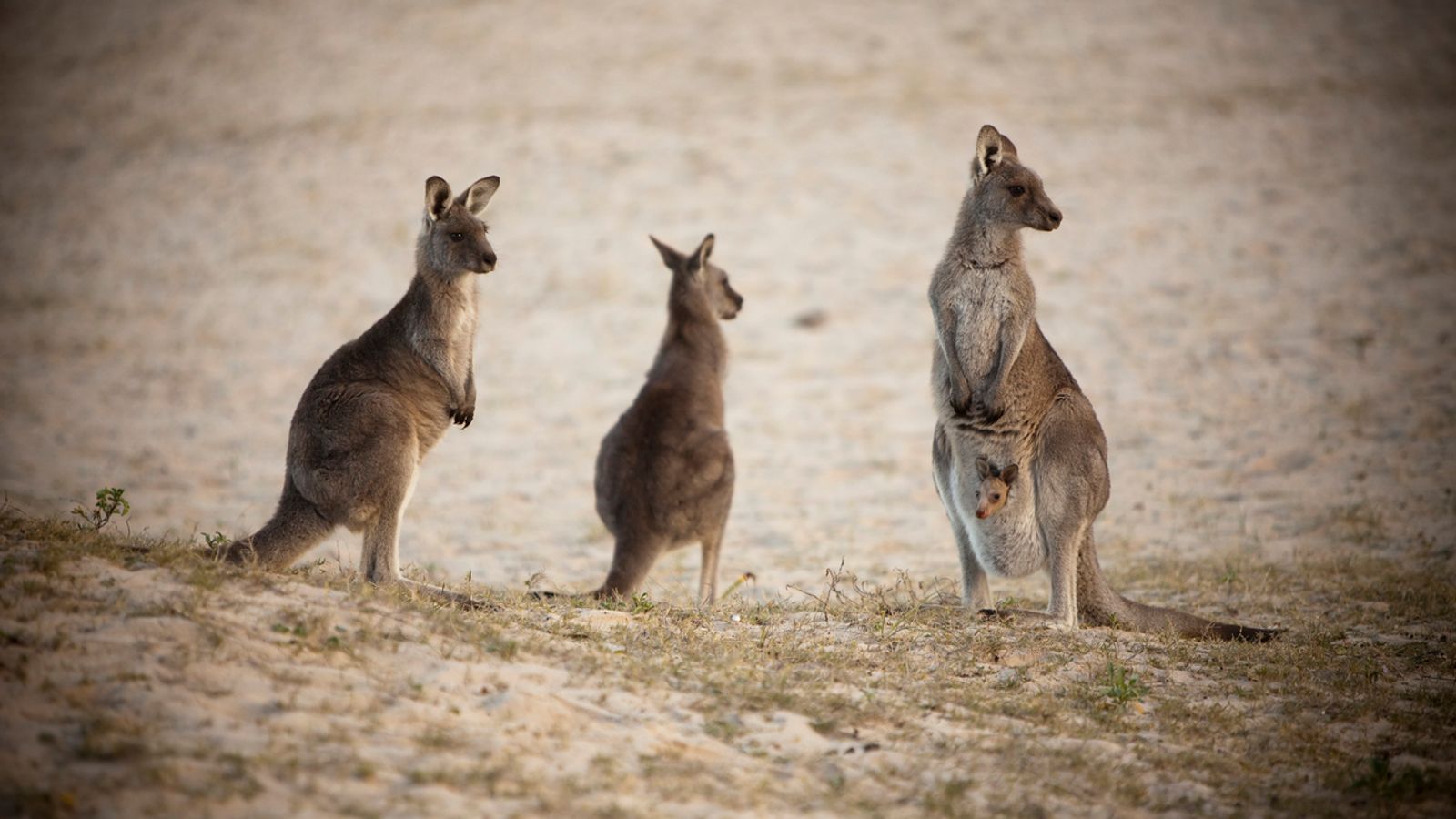 More than a dozen kangaroos have been found dead on the Australian south coast in a suspected mass slaughter.

New South Wales Police have launched an investigation after 14 dead kangaroos were found across two sites near Batemans Bay on Saturday morning.

Officers were called to the Long Beach area at around 7am after reports a number of kangaroos had been killed.

They located five adult kangaroos and one dead joey in Blairs Road and Sandy Place.

Officers were later informed of a further seven adult kangaroos and one joey found dead in the Maloneys Beach area.

The bodies have been removed by authorities, and initial inquiries suggest they may have been deliberately killed.

Police are examining CCTV footage from the area and have interviewed multiple witnesses.

Police have appealed to the public to help identify the drivers of two white four-wheel-drive vehicles seen around Blairs Road and Sandy Place at Long Beach and Maloneys Drive, as well as Hibiscus Close at Maloneys Beach, between 10pm on Friday and 12.30am on Saturday.