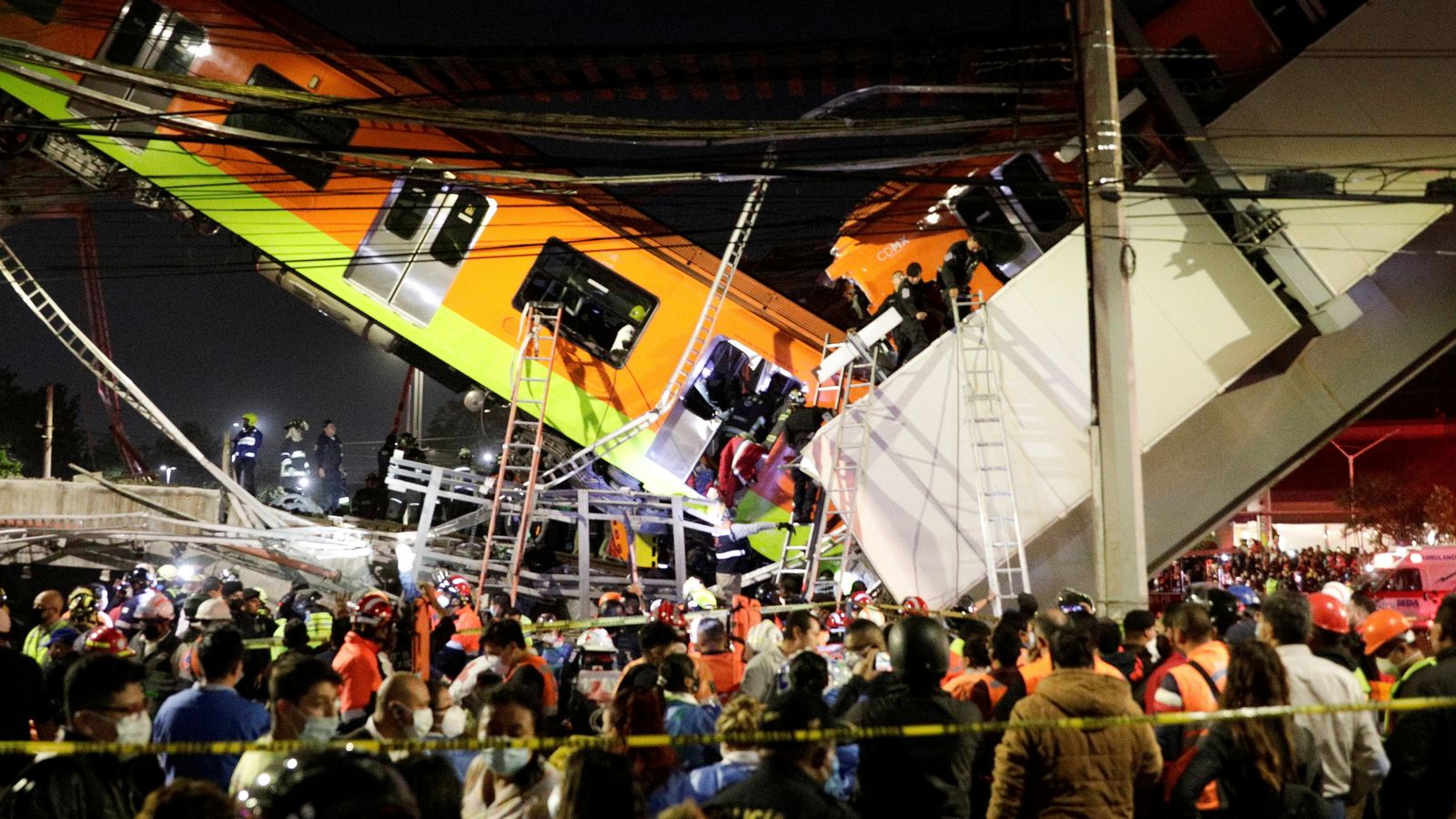 At least 15 people have died after an overpass in Mexico City collapsed, derailing a train and leaving cars trapped under rubble.
More than 30 people have also been taken to hospital after the accident, said the country’s civil protection agency.
Video showed emergency crews and firefighters searching through the wreckage for survivors.

It happened at 10.30pm local time on the metro’s Line 12 – the construction of which has been plagued with complaints and accusations of irregularities.
Mexico City Mayor Claudia Sheinbaum said a support beam had given way.
“What has happened on the metro today is a terrible tragedy,” tweeted foreign minister Marcelo Ebrard.