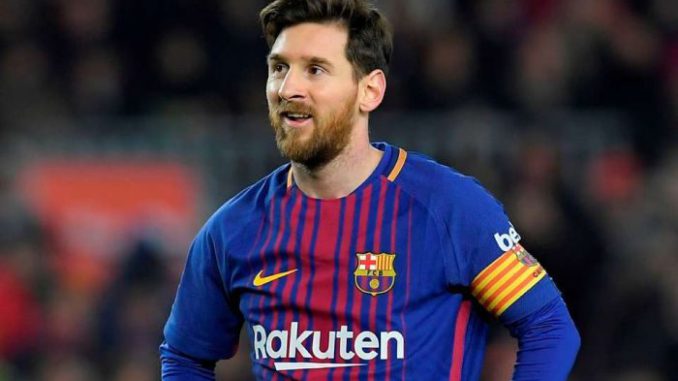 Argentina manager, Lionel Scaloni, has revealed that the team’s No. 10 is “exclusively” reserved for Lionel Messi, until their star player decides his international future.

Messi, who captained Argentina to the round of 16 at the 2018 World Cup, has taken an indefinite leave of absence from the national team.

Argentina have not allowed any player to use Messi’s No. 10 jersey during his absence.

Speaking at a news conference ahead of Argentina’s friendly against Colombia in New Jersey on Tuesday, Scaloni said: “Most of the players that went to the World Cup have kept their numbers.

“In this case, Argentina No. 10 belongs to Messi until he says whether or not he will continue. In principle, we do not have a negative [answer] from him. I have made the decision that nobody uses it.

“In the future we will see what happens. For now, nobody has the No. 10 because it’s exclusively for him and I made the decision.”

Scaloni also said he is trying to construct a side, and a style of play, that will get the best out of Messi if the Barcelona superstar decides to return to the national team.

He said: “It’s obvious that when the best player in the world is not on the pitch, especially if he is Argentinian, the team loses. There is no doubt about it.

“Our idea is to build a team so that, in the event that he [Messi] is in, he feels comfortable. In the meantime, we want to build a group of young players that understand what it means to play with this jersey and then we will see what happens in the future.”