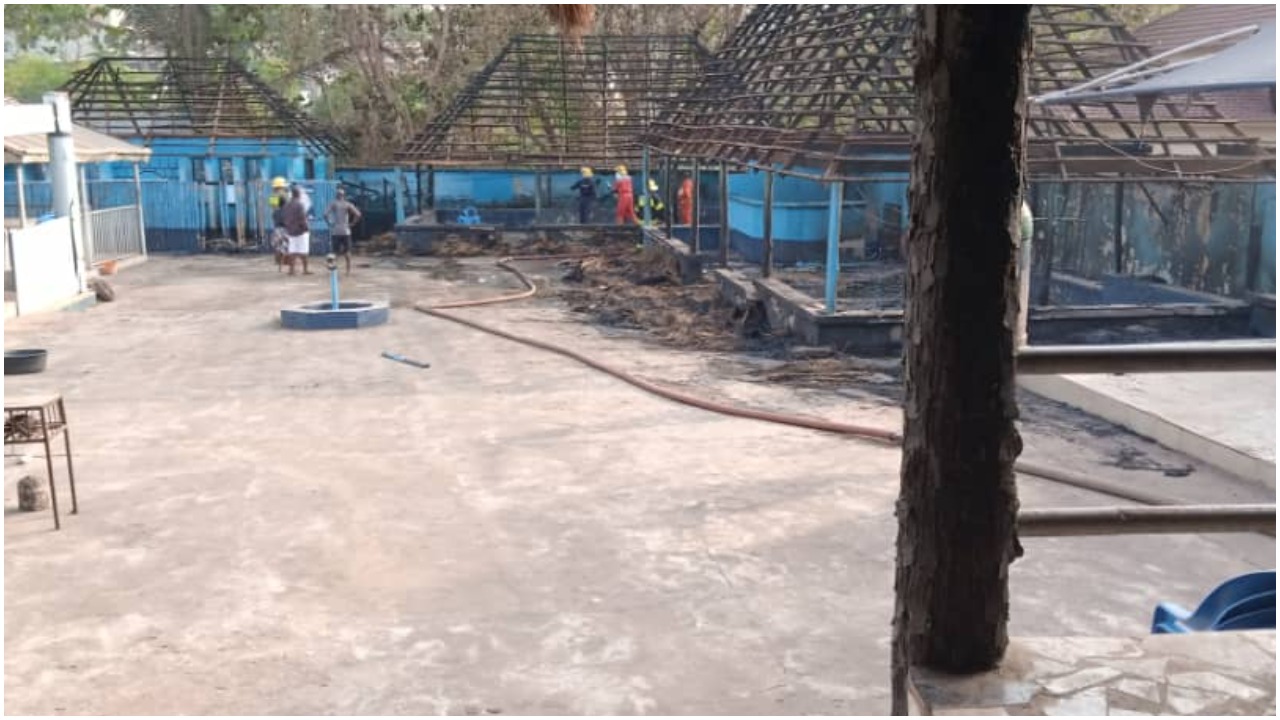 An operator of a relaxation spot in Enugu metropolis is now counting his losses following an inferno which wreaked havoc in the New Haven Area of Enugu State.

The fire, which consumed Brozar Bar and Grill, was said to have been caused by activities of those involved in bush burning.

The CEO of the relaxation spot, Ozo Ramsey S. Onyia, while counting his losses, said it was regrettable that people had continued to ignore the government’s warning against bush burning.

Providing details on how the fire started, he said, “at about 1.00 p.m., we noticed that there was fire in the bush behind the fence of our bar.

“We immediately called the emergency line ofthe Enugu State Fire Service to intervene, while staff and neighbors made efforts to put out the fire.

“Despite all efforts, the fire eventually got into our premises, burnt the toilet, two 60-seater huts and a 30-seater stage, all fully furnished.”

He, however, lauded the timely intervention of Firemen from the Enugu State Fire Service, noting that “they prevented the entire arena from being razed and extinguished the fire. We give thanks to God that only properties were destroyed but no life was lost.

“We are grateful to the performing Governor of Enugu State Rt. Hon Ifeanyi Ugwuanyi Gburugburu, for the enhancement and sustenance of an emergency response mechanism that afforded us the timely intervention of Firemen. Enugu State is no doubt in the Hands of God.

“We humbly call on our citizen loving government to oblige us assistance in the rebuilding and rehabilitation of our place to enable us remain in business and retain the employment of our citizens who earn their living from Brozar Bar and Grill.”