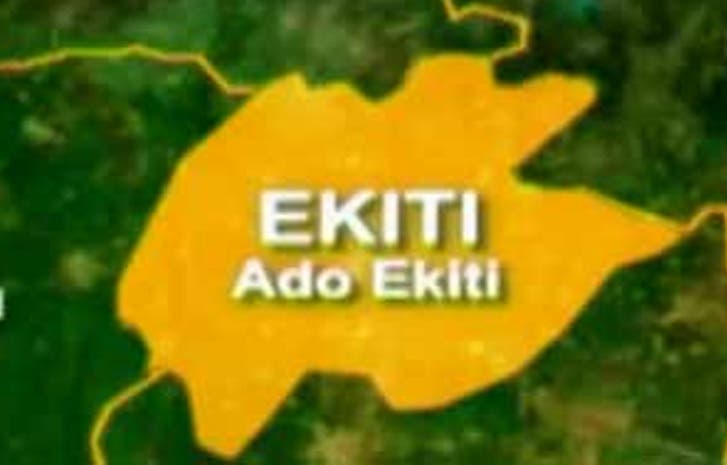 The Ekiti state government has launched an investigation into the alleged locking up of pupils at a private school by officials of the state Internal Revenue Service overpayment of income tax.
In a minute and thirty-four seconds viral video on Wednesday, a parent was seen clamouring for help over his inability to pick his ward from the school located in Ado-Ekiti, the state capital after the revenue officials had locked up the school’s gate with a seal.

Investigations by newsmen revealed that govt officials accused the school management of failing to pay the mandatory income tax to the coffers of the government leading to the sealing.
A source who witnessed the incident said that parents were left stranded for hours late in the evening and were forced to break the barricade in the school entrance.
He said, ” The officials came yesterday morning and lock it up over tax and when parents came in the evening for their wards, there was no way to access the school.
” It was an unfortunate incident yesterday that the pupils were left with nothing and parents were frustrated that their children are suffering from what they know nothing about. It was a very bad situation in the state capital and the parents were left with no other option late in the evening but to break the entrance.”
The commissioner for Information, Mr Akin Omole in a swift reaction on Thursday said the government would make known the report of its investigation on the incident he described as unfortunate.
According to him, ” The circumstances surrounding this event are being investigated and a comprehensive statement will be issued once concluded. At this material time, the referenced school has been visited and the state government can confirm that it is untrue that children are being held.
” Without prejudice to the outcome of the investigation which will be made public very soon, the government assures the public that it is totally unacceptable for children to be maltreated in any way in Ekiti State, and the government would not condone such.
” Governor Kayode Fayemi’s administration has been consistent in the fight against discrimination of any kind, and remains committed to ensuring schools are safe spaces for learning and moral instruction.”