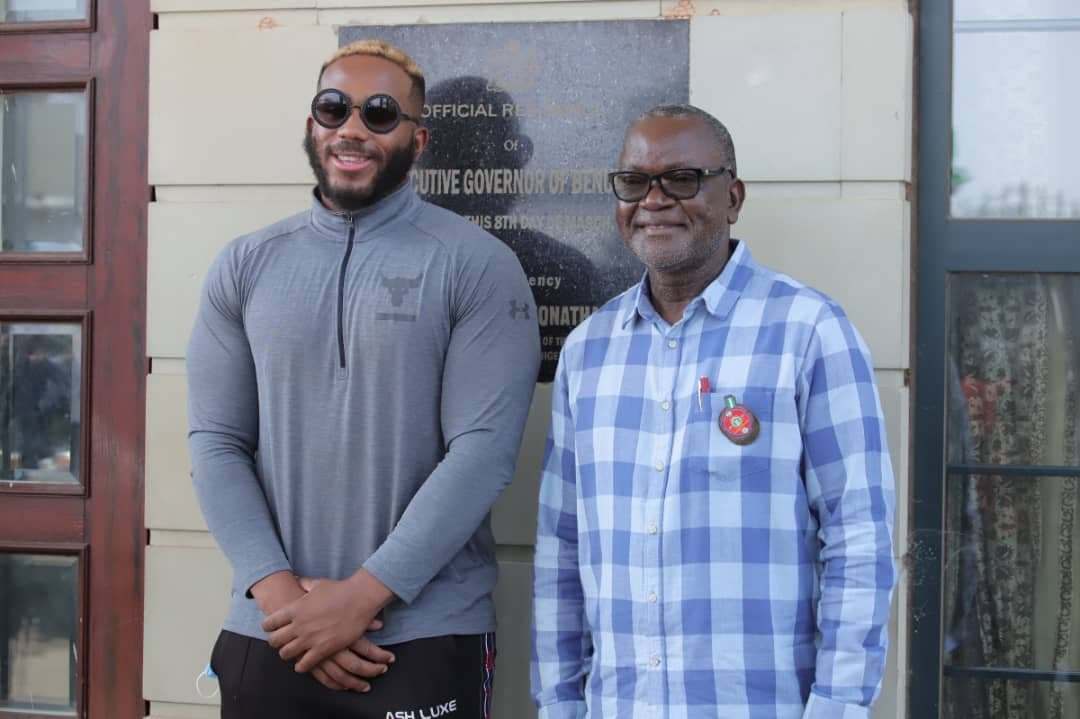 Kidwaya who made the pledge Saturday when he visited Governor Samuel Ortom in Makurdi said he was proud of being a Benue State indigene assuring that he would also continue to promote the state in his endeavors.
He commended Governor Ortom for ensuring the resumption of commercial flights into the state stressing that the feat would further open up the State for tourism and other investments.
He observed that organizations and individuals who wished to invest in the state would no longer have to spend many hours on the road, expressing the hope that 2021 would be a better year for the state.
Governor Ortom while welcoming Kiddwaya, acknowledged that he had promoted Benue’s cultural heritage while in the Big Brother Naija show and commended his humility.
The Governor said his administration was open to youth development initiatives, pointing out that the fallout of the recent youth summit presented resolutions that could be harnessed for meaningful youth engagement and participation in governance.