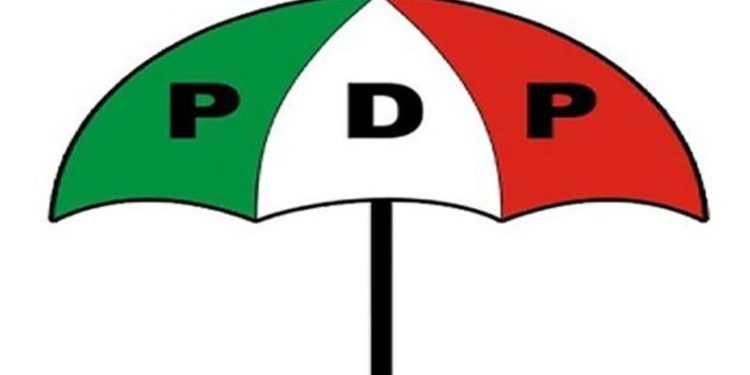 The Peoples Democratic Party, PDP, has said the All Progressives Congress, APC, and its leaders are bitter over the sterling performance of governors elected on its platform.

This is even as the party insisted that the APC has become defunct owing to the collapse of its structures nationwide.

In a statement issued by its spokesman, Kola Ologbondiyan, the main opposition party said:

“Nigerians can see the frustration in the APC leadership, which has now resorted to vicious smear campaign and media attacks on our governors and leaders, having failed in all their sneaky plots to lure them to look the way of the defunct APC.

“It is therefore not strange to us that the Secretary of APC’s national caretaker committee, Senator James Akpanudoedehe, has been detailed, as new APC spokesperson, to commence a coordinated attack on our governors.

“We are aware that this is part of the desperate bid to distract and drag down our performing governors to the level of their APC counterparts, who have become a collective symbol of failure in our contemporary political history.

“It is laughable that the  APC caretaker secretary is challenging the Rivers State Governor, Chief Nyesom Wike, to name APC leaders attempting to lure our governors, whereas he, Akpanudoedehe, is aware of how the APC leadership, to which he belongs, have been going round our governors and leaders genuflecting for audience, only to receive mere photo opportunities.

“We caution the APC caretaker secretary to be more circumspect in challenging anybody to call out names, as such could put him in very indefensible situation as his own roles and itinerary in the APC leadership are not hidden to us.

“In any case, APC leaders should know that there is nothing left in their party and that nobody wants to associate with a failed association masquerading as a political party; plagued with internal wrangling and illegal leadership; and whose legacies are corruption, treasury looting, turning our nation into a failed state, instituting poverty and hardship, and supporting terrorists, bandits and kidnappers ravaging the people.

“It is on record that our governors have shown capacity and deliverables in projects and programmes in all critical sectors including human capital development, manufacturing, industrialization, road infrastructure, agriculture, healthcare, education, housing, aviation, power, telecommunication, water resources, urban and rural development among others, to the shame of the APC.

“It is therefore imperative to state that our governors, by all rating and ramifications, cannot be in the same class with non-performing APC governors.

“In that regard, we counsel the APC Caretaker, as the new undertakers of the APC to steer clear of our party and concentrate on their task of winding down the APC, which it began with the collapse of their structures nationwide.

“After that, the APC caretaker committee should be ready to answer and restitute for all atrocities committed by the APC  against our nation.”