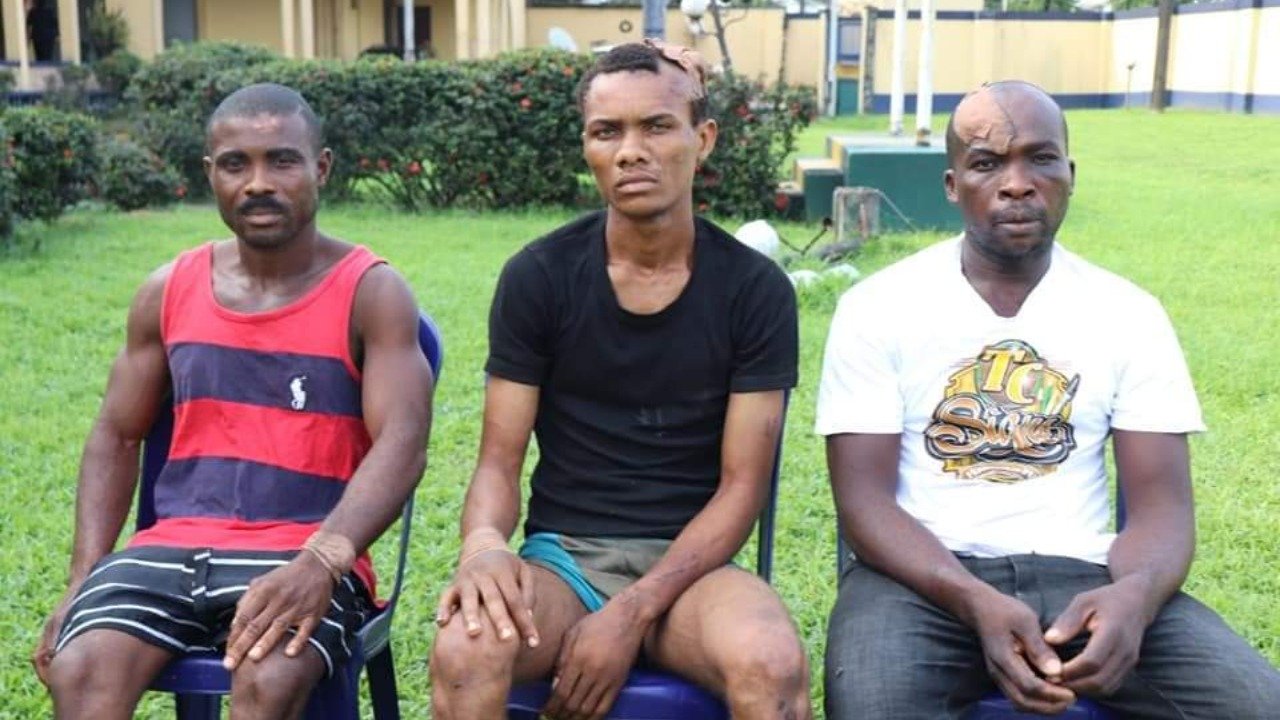 The three suspected bombers who allegedly detonated a dynamite at the church attended by Elder Wike, father of Rivers State Governor, Nyesom Wike at Azikiwe Street in Diobu, Port Harcourt have confessed that they carried out the actions to gain prominence within the ranks of the proscribed Indigenous People of Biafra, IPOB.

Progress Onwudinjo, Apuro Victor and John Okorie who made the confession while being paraded at the command headquarters on Moscow road said their leaders promised to give them juicy positions when Biafra is restored if they succeed in carrying out the action.

The three suspects who expressed regret at their action pleaded for mercy, saying that they were misled into carrying out the act.

“We got there in the night and we detonated the explosives. This is the first assignment I am carrying out since I joined IPOB. I have not killed before. I was told that if I did not join the operation that I would not get anything when we get Biafra,” one of the suspects, Onwudinjo told newsmen.

Another suspect, Victor confessed that, “The whole thing was programmed. We were sent by one Chinedu. I don’t know where he came from. I am a member of IPOB but we were not programmed to kill anybody but to throw dynamite. Please, forgive me.”

Earlier, Rivers State Commissioner of Police, Joseph Mukan while parading the suspects said preliminary investigation reveals that members of IPOB who are deployed in zones are all over the state on different mission.

CP Mukan said while three suspects who were apprehended with the assistance of local Vigilante will soon be arraigned in court, efforts were on to arrest the other suspects who fled after the act.

According to the CP, “They claimed that they were six in number. They made confession that they were members of IPOB and that they were zoned to different parts of the state. Whenever they have an operation, they mobilise them neighbouring states to come and cause problem in Rivers State.

“They will soon be charged to court, while we are trailing their sponsors. IPOB assured them that if Biafra is achieved, they will be policy makers in the government.”