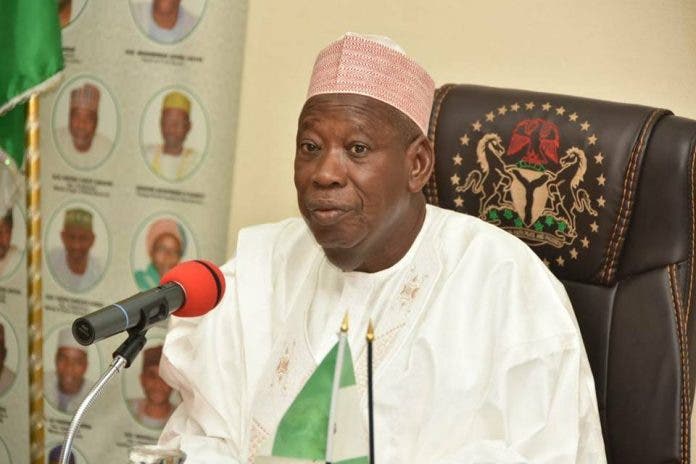 Governor Abdullahi Ganduje of Kano State has approved the employment of 50 medical doctors to be deployed across the 44 Local Government Areas of the state.

This is contained in a statement by Aminu Bello-Sani, the Public Relations Officer (PRO), Kano State Agency for the Control of Aids (KSACA), on Wednesday in Kano.

He said that the governor, represented by the state’s Commissioner of Health, Dr. Aminu Ibrahim-Tsanyawa, announced the development while commissioning the KSACA’s new office complex.

According to him, the doctors, when employed, will manage the affairs of each local government for improved service delivery in the state.

Bello-Sani quoted the governor as saying his government was doing everything possible to improve the health and wellbeing of citizens, especially people living with HIV/AIDS.

The governor, according to him, said that in 2021 budgetary allocation, the adequate fund was earmarked for the agency to implement its activities toward meeting the United Nations target of 95- 95-95 to end the epidemic in 2030.

He said that the government had also approved the establishment of one functional Primary Health Centre in 484 wards in the drive to ensure that healthcare is made available to everyone.

Bello-Sani quoted Ganduje as saying that the state government would soon decongest Specialist and Teaching Hospitals in the state through the upgrade of four emirates health care facilities to 400-bed specialist hospitals.

He said that the governor urged the staff of the agency to make good use of the new office complex and take care of it.

Bello-Sani quoted the Director-General of KSACA, Dr. Sabitu Shanono as saying that this year’s World AIDS Day is exceptional because the government has introduced social support for people living with HIV/AIDS.

Shanono said the government made a huge investment in the provision of testing kits and consumables to the facilities, and whoever comes to the hospital gets free HIV testing.

According to him, anyone tested positive will be referred to comprehensive treatment centres for free medication.

He commended the state government under the leadership of Ganduje for the priority accorded to improving the health indices in the state.