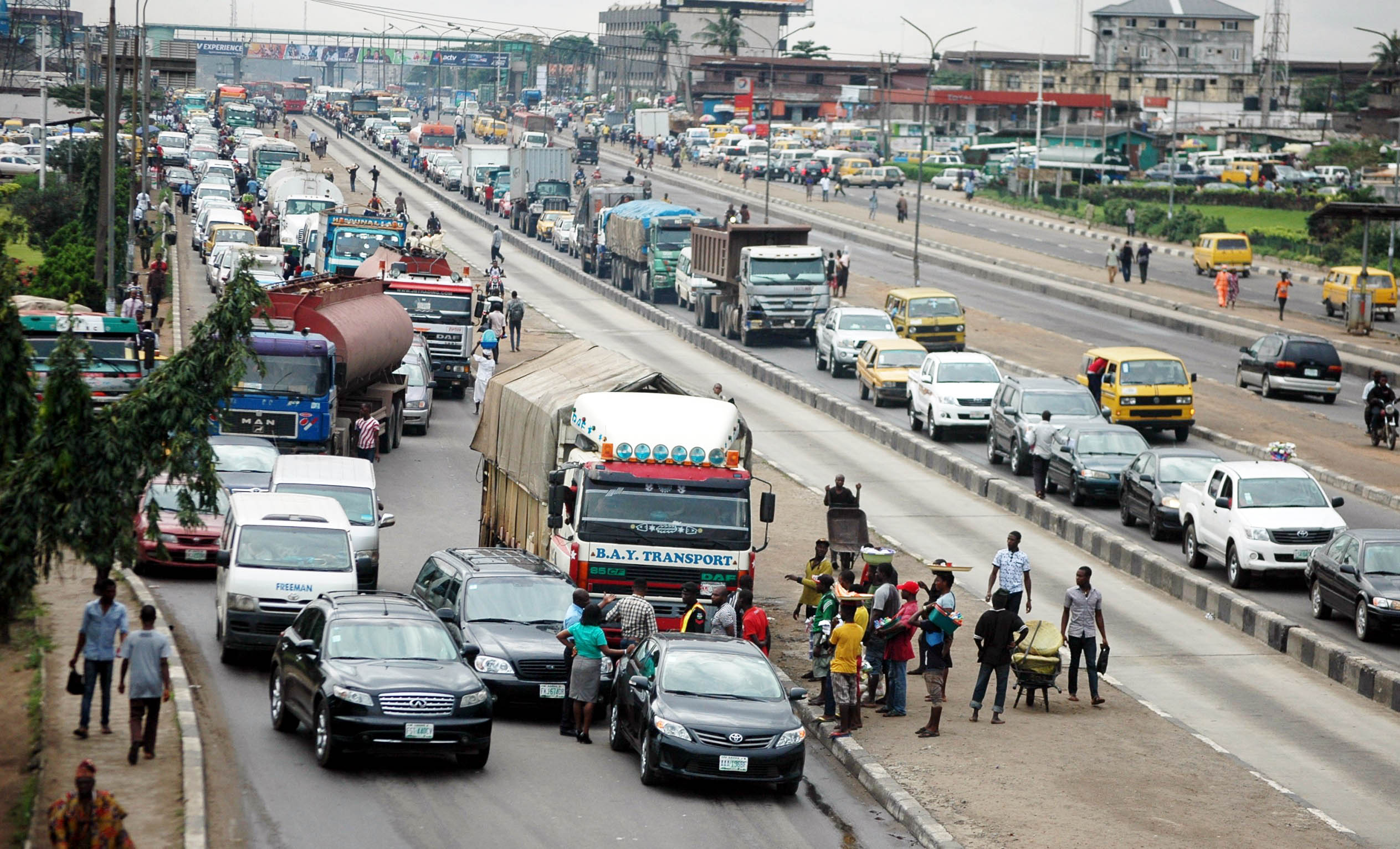 Kwali portion of the Abuja-Lokoja highway in the Federal Capital Territory, FCT, was on Wednesday morning blocked by protesting truck drivers.

The Federal Road Safety Corps (FRSC) confirmed the blockage to the News Agency of Nigeria (NAN) in Abuja.

The FCT Sector Commander of the Corps, Mr Gora Wobin, stated that the protest was ignited after a policeman allegedly shot the tyres of a Dangote truck

He said, “in solidarity, other truck drivers quickly mobilised and used their vehicles to block both sides of the highway, bringing traffic to a halt.’

‘’I contacted the Police Command in the FCT, transport unions and the two FRSC Unit Commanders close to the scene, to intervene.

“But the report I am getting from my men is that, the protesting drivers have said they won’t back down until the tyres of the truck are fixed.

“The two FRSC unit commanders around that axis are there now to see how they can dialogue to prevail on them to remove the vehicles from the road first.

“If the vehicles are removed, then the issue can be sorted out thereafter.

“So, they are working on that alongside with operatives of the Department of State Service (DSS), who I learn are also there trying to resolve the situation.

“I have tried to reach the local government chairman, but his phones are switched off.”

Wobin also stated that he contacted a senior transport officer with Dangote Company at Obajana and told him about the development, so that he could talk to the drivers concerned to remove the vehicles from the road.”

“Two wrongs cannot make a right. The transport unions should talk to their men not to take the laws into their hands,” he said.