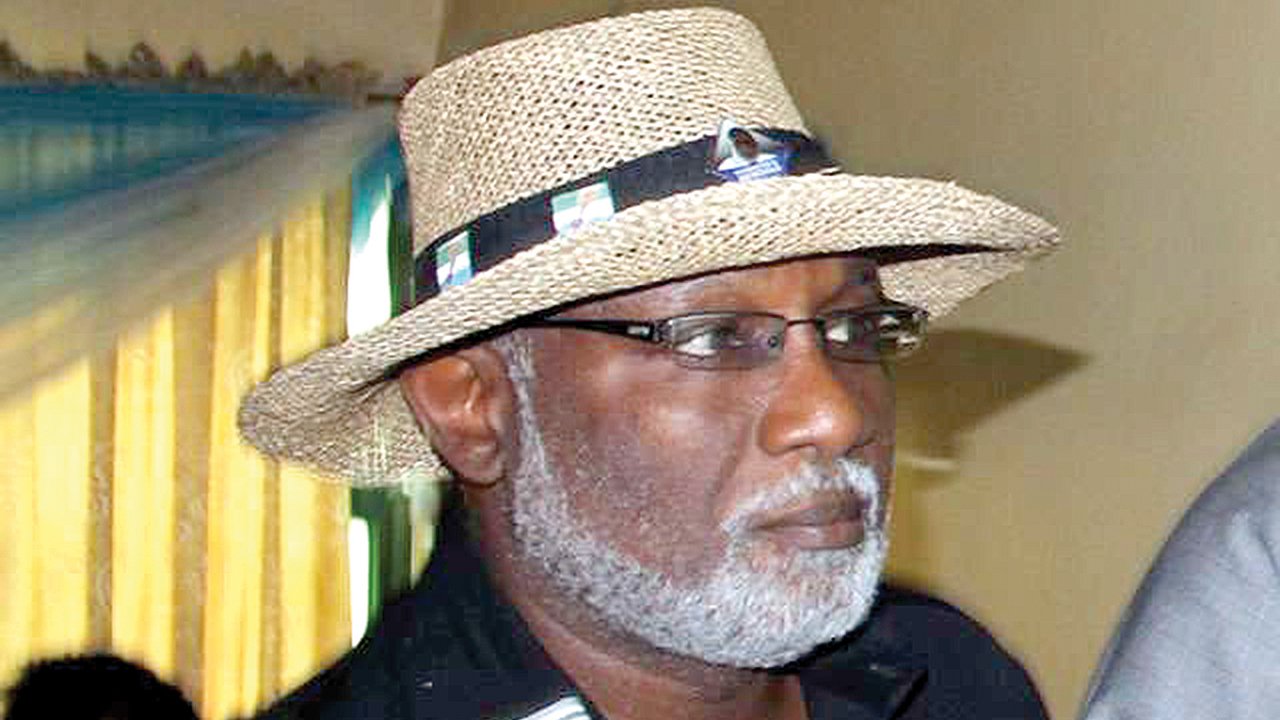 The Chairman of the Peoples Democratic Party, PDP, in Ondo State, Clement Faboyede has described the style of governance employed by the governor of the state, Gov. Oluwarotimi Akeredolu, as the most ridiculous since the creation of the state.

He made this statement at party’s secretariat in Akure, the Ondo State capital, while handing over the Ondo North senatorial nomination form to the former coordinator of the Goodluck Jonathan campaign organisation in the state, Tokunbo Modupe.

The PDP state chairman, who berated the performance of the Akeredolu administration, maintained that virtually all sectors of the state were at their lowest ebb which is unprecedented in the state.

“The current situation in the state is harrowing. If you are an indigene of this state and you are seeing what is happening, you will weep for Ondo State,” he said.

“Akpabio is not bold to say at home that he is going to APC. He is simply afraid of going to EFCC net. That is why he defected to APC.”

He decried that happenings in the northern part of the country were attestation to the total collapse of the APC-led federal government, expressing optimism that the PDP would emerge victorious come 2019.

“With or without Ondo state, PDP will win the election, but it is better for all of us in Ondo State to be part of the victory and a new Nigeria come 2019.

Faboyede however charged delegates in the forthcoming PDP primary election to shun the act of voting for money as it is not healthy for democracy.

He described Modupe Tokunbo as a grassroots politician who is always engrossed with thought about the development of his community and people.

“I’m convinced that he is up to the task, he will perform exceptionally when he gets to the Senate,” he said.

While appreciating the love shown to him, the senatorial aspirant assured the people of adequate and quality representation if elected.