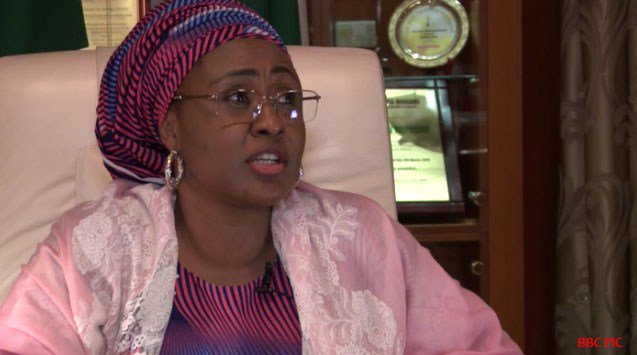 Wife of the President, Aisha Buhari has called on women leaders of the APC to rally all women including new members and dissenting voices within the party and unite them into one family in preparation for the 2019 elections.

She made the call while receiving women leaders of the All Progressives Congress (APC) at the State House, Abuja on Tuesday.

“Women make up the larger part of voters, as such, they determine the outcome of any elections, women must, therefore, take responsibility of the success or otherwise of the party at all levels,” she said.

Mrs. Buhari charged young women to take over the political space in order to play their part in national development, urging them to vie for offices at the lowest levels as that is where they will make the most impact.

She also used the opportunity to call on the party to operate within the guidelines of the constitution and implement the 35% affirmative action in order to improve women participation in governance.

Speaking earlier, the National Woman Leader of the APC, Mrs. Salamatu Baiwa Umar-Eluma spoke of the unwavering support of the executives to the government of President Muhammadu Buhari and his change agenda, promising to birth a network of collaborators which is grassroots oriented, and women-inclined.

She promised to initiate and sustain programmes for the advancement and empowerment of women and to mobilize them for political participation. She also promised to promote legislation in favour of women’s rights.

Mrs. Baiwa also spoke of the plan of the executive to set up a framework to tackle all issues bordering on the political and socio-economic development of the Nigerian woman.