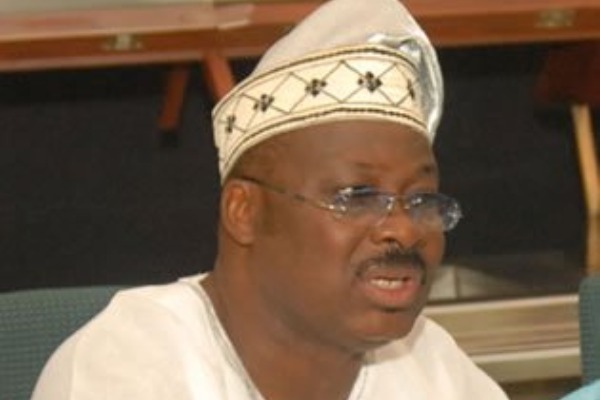 No fewer than fifty (50) aspirants under the platform of the ruling All Progressives Congress (APC), in Oyo State have shown interest to succeed the state governor, Senator Abiola Ajimobi in the 2019 gubernatorial election.

APC Chairman in the state, Chief Akin Oke made this disclosure while receiving one of the gubernatorial aspirants of the party, Professor Soji Adejumo at the party’s secretariat located at Oke-Ado in Ibadan, the state capital on Tuesday.

Oke, however, said that, “Only 10 of them have made their interest known to the party, APC”.

The Ogbomoso-born politician while assuring Adejumo and all other aspirants of a level playing ground, added that no one would be given preferential treatment among the contestants in all the five geo-political zones of the state.

Adejumo while speaking on his intention to take over from Ajimobi in 2019, warned that no herdsman would be allowed without a licence approved by the law in the state when he becomes governor.

The Ibadan-born professor of Animal Science stressed that “The issue of national cattle herding transformation is good, but the framework must be transparent and publicly presented to the citizenry for appraisal and consent”.

Adejumo also disclosed that, “The economic advantages in terms of employment, infrastructure and internal revenue generation will be publicly displayed to enable the citizenry approve and own the programme”.

He highlighted education, economy, youths and entrepreneurship, transportation, agriculture and cattle ranching and herdsmen menace as his priorities.

Adejumo added that, “My decision to seek political office is to boldly tackle the myth of Nigeria as a doomed nation and by extension Oyo State as a dependant incapable of its own independent economic existence.

“I intend to make Oyo State an economically independent state with an integrated southwest region that will emerge in a restructured state with powers shared equitably and proportionally based on naturally and artificially vested resources”.