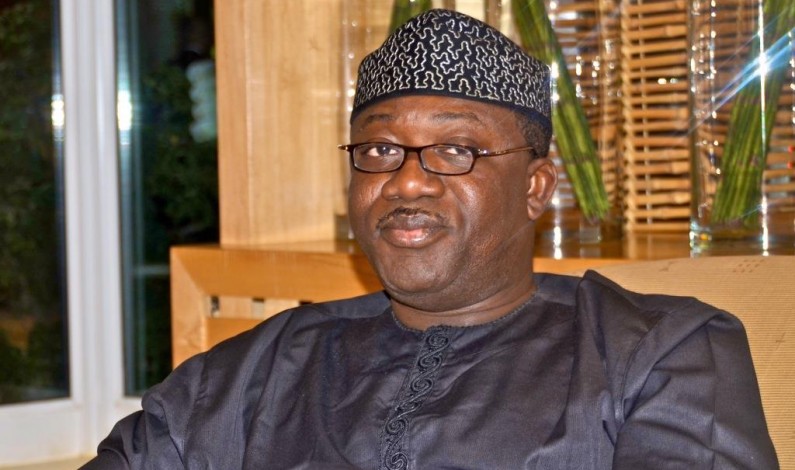 The Peoples Democratic Party (PDP), Ekiti State chapter, has alleged that the All Progressives Congress (APC)-led government of Dr. Kayode Fayemi, had deprived the party a venue it requested to hold the presidential campaign for its candidate, Alhaji Atiku Abubakar.

Atiku’s campaign train is to visit Ekiti on Monday, January 14 to canvass for votes ahead of the February 16 presidential election.

Briefing newsmen in Ado Ekiti on Wednesday, the PDP State Chairman of the party, Barr. Gboyega Oguntuase, said it was smack of disrespect for Fayemi to have allegedly frustrated the use of Oluyemi Kayode stadium as requested by the party.

Oguntuase said the action had again attested to the widespread fear by the opposition party that the APC was desperate to rig the polls and subvert the will of the populace in the 2019 elections.

The government had in its reply dated January 8, 2019 and signed by Director, Administration and Supplies, Ekiti Sate Sports Council , on behalf of the General Manager, Mr. Akinola P.A. declared that the stadium was under reconstruction and that it has to be prevented from vehicular movement at this time.

The letter reads: “I have been directed to refer to your letter received in January 2 requesting the use of Oluyemi Kayode Stadium for your presidential campaign.

“However, there was need to let you know that the stadium is under repair in preparation for the next football season and wetting. The tracks need to be prevented from vehicular movement and for this reason, we decline the use of this facility”.

The PDP Chairman said it was wrong for the government to have waited this long before replying to the letter, saying this further corroborated the party’s fear that the APC was out to truncate the rally.

“This is a disrespect to the PDP and the person of Alhaji Atiku. If the government fails to accede to our request, we will have no option than to use any major road in the State capital as campaign ground. Atiku, the next President can’t be stopped by any political juvenile.

“If you look at the violent inclination of the party in Akwa Ibom, Rivers, Lagos and others, you will see that the APC is hopeless and helpless and it has no respect for human lives.

“We call on the federal government to prevail on Governor Fayemi to allow us hold the presidential rally in that stadium. Atiku as a Nigerian is free to seek the votes of Ekiti voters and it will be wrong for anyone to stop him under any guise.

Reacting, Fayemi described the allegation as misdirected and spurious, saying the civil servants only replied to the letter based on the prevailing situation and that he never influenced their opinions in the matter as a governor who believes in due process in the civil service.

Fayemi, who reacted through his Senior Special Assistant on Public Communications, Segun Dipe said: “When we came on board, virtually all the facilities are in a state of disrepair. The Ikogosi warm spring, the fountain hotel and this stadium are one of them.

“As a responsible government, we must take steps to put them back to normal shape and Fayemi won’t take any step that would infringe on the right of anyone as a democrat. Even, the PDP didn’t request for the facility through the governor and it was wrong for them to have blamed him in the first instance,” he stated.