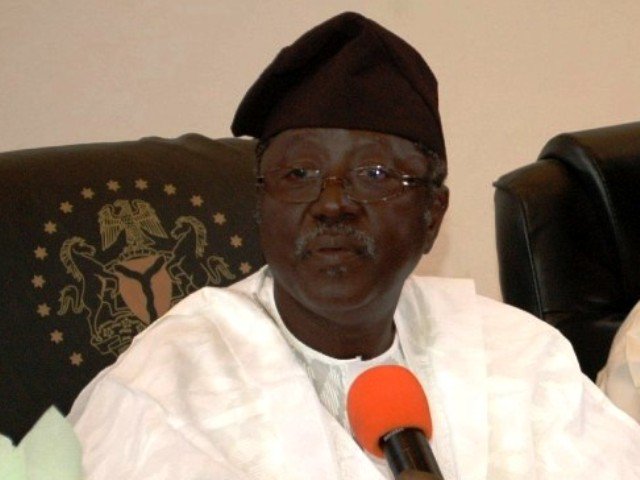 The former governor said if Nigerians desire”effective, positive change and a better country,” they should give him the chance to spare-head the affairs of the country.

Jang, a member of the opposition Peoples Democratic Party, said the advice given by two former heads of state, Olusegun Obasanjo and Ibrahim Babangida, to the president on 2019 was apt as, according to him; APC had not performed well since assuming power in 2015.

He spoke during an interaction with journalists at his residence in Du, Jos South Local Government Area of the state, on Sunday evening.

Jang said he would take over from Buhari after he gets a go ahead from God.

“I’m in politics to serve my people. If Nigerians really feel I can be President, why not? But I will have to confide in my creator (God) first.

“Former President Olusegun Obasanjo, and General Ibrahim Babangida just expressed their feelings among many Nigerians. Probably, they voted for him (Buhari) in 2015, and they are just telling him (Buhari) that we won’t give you (Buhari) our votes again.

“But for God sake, they (Obasanjo/Babangida) have done nothing wrong. They have the right to express how they feel about his (Buhari) governance. Most Nigerians did same during Goodluck Jonathan’s administration even when he was trying his best. Why will Buhari’s own become an exception?”

He also accused the APC of “mal-administration and mismanagement at all levels of governance.”

“I don’t understand the reason for the blame game (by APC). If till today, after two years in governance, the APC administration is blaming PDP for it failures, then the time is up for them to leave.

“If you have hot heads of youthful nature in the Senate and House of representatives, what kind of laws do you think the National Assembly will produce for Nigerians? That is why the House of Representative is always rowdy, full of young people, though we have a few of them (youth) in the senate, the likes of Dino. That is why I said (the) Senate is not for the young ones. And in Hausa language, the senate is called “Maijelisan Datibai” meaning”assembly of elders”, so where is the position of the youth here?

“Shortly before Lalong was inaugurated as governor, I personally invited him to talk with him. I wrote him a letter that I personally signed, but he never came nor has he replied me till today. As we speak, I have not seen Lalong since he became governor. For God sake, even by age, I am older than Lalong. I’m above 70 years. He should pay me homage as an elder in this state (Plateau).