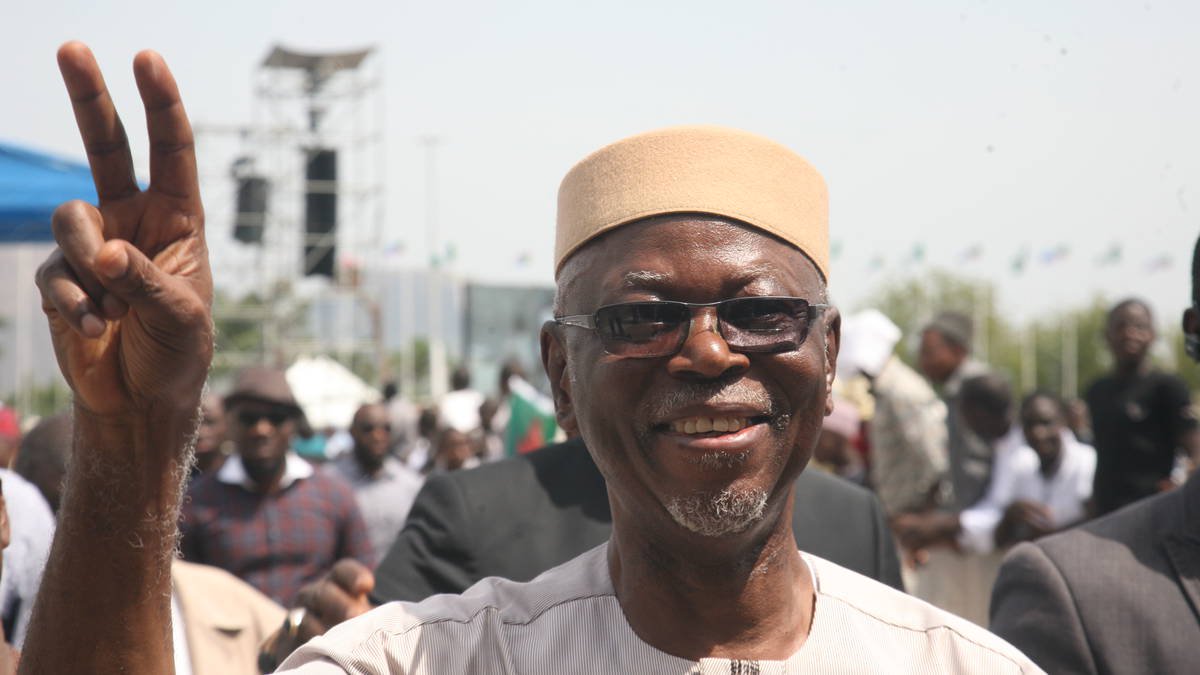 The National Chairman of the All Progressives Congress (APC), Chief John Odigie-Oyegun on Tuesday held a crucial meeting with a high-level delegation of the International Republican Institute (IRI) led by its President, Daniel Twining at the Party’s National Secretariat in Abuja.

Speaking to journalists after the close-door meeting, the IRI President said: “We are here to discuss how to strengthen the Nigerian democracy, help to support issue-based politics, inclusion of women, minorities and other groups in the country’s politics to make democracy stronger.

“Democracy is never done, the work needs to continue everyday to improve in America, Nigeria and every country. so we are here to help and partner.”

On IRI’s interest in the 2019 elections, the IRI President said: “Nigeria is really the most important country in sub Saharan Africa, it’s a leader. Its development and growth will change the world. We want to be here working with our friends here to support that.

The IRI President, who said he was making his first trip to Africa as the Institute’s President, said his visit underscored the important and constructive relationship the Institute has with the APC.

On his part, Oyegun thanked the republican delegation for their support for the party’s activities and for strengthening democracy in the country.