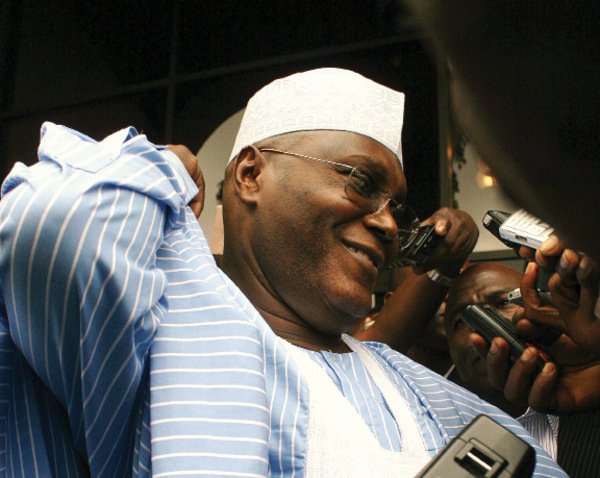 Prominent members of the All Progressives Congress (APC) in Ebonyi State, have declared intention to rally support for the former Vice President, Atiku Abubakar for presidency.

One of the APC leaders, Dr. Vincent Nwanchor while addressing journalists in Abakaliki said the former vice president Atiku was more suitable and capable to rule Nigeria when compared to Muhammadu Buhari.

Nwanchor who was APC Ebonyi Central Senatorial candidate lamented that President Muhammadu Buhari had failed in all fronts.

He warned against his reelection as such portended grave danger to the unity and development of the country.

The APC chieftain frowned that never in the history of Nigeria had the country being such divisive as it was currently seen under the present administration of Buhari.

He noted that the unity of Nigeria had been threatened by the activities of the marauding herdsmen, killing innocent citizens while the Federal government has not done anything justiable to curb the menace.

He stressed that the Former Vice President had remained consistent with his philosophy of participatory and all-inclusive democracy devoid of bigotry, ethnicity and or religion as a catalyst for national development.

The Chieftain explained that he had candidly and dispassionately sat back to take a deep look at the contestants vis-a-vis the incumbent, and he had no single doubt that the Waziri Adamawa is the man most suitable and best prepared for the task of re-building the broken walls of Nigeria.

Nwachor recalled that Atiku when he was the Vice President established himself as a courageous fighter, risk taker, and superb dialectician in political sagacity.

The APC chieftain maintained that Atiku was the only person with versatile knowledge to rescue Nigeria from its present state of anarchy, insecurity and economic downturn.

Nwachor said “Since the demise of the legendary Dr. Nnamdi Azikiwe, Mallam Aminu Kano and Chief Obafemi Awolowo, he is about the only other Nigerian politician that has seriously given attention to proffering the answers to the many plagues we are grappling with as a nation.

“Atiku has made bold statements in the past and even still forging ahead with innovative panacea which can thrust our country to the threshold of greatness and make her stand tall in the comity of nations if only we shall heed his passionate intervention(s).

“He has a connection with the average Nigerian unlike most political leaders of this generation. He is called with fondness by his first name and many still look upon him for inspiration, especially now that Nigeria is reeling under severe economic hardship orchestrated by visionless and unpopular government policies that requires deftness and liberal thinking which appear in short supply in government circles.

“Atiku, like a statesman has warned of our frightful voyage which requires fresh thinking. He has repeatedly asked those currently in power do the needful by exploring fresh thinking and boldly steering our nation ship from its present course which surely is not palatable. The incessant migration of our youths across the high sea and land borders in a bid to escape to Europe has equally caught his attention. He maintains that government’s provision of the enabling environment for the youth to flourish is the only panacea that can stem the tide of migration and by extension, avoidable deaths.

“Quite visionary, he would never for political expediency turn a blind eye to burning issues to stay afloat politically. He has proven and demonstrated even as vice-president his aversion for injustice of any shade or type.”