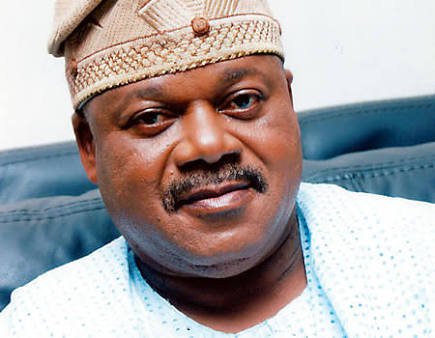 A former lawmaker from Abeokuta North, Ogun State, Hon. Kayode Amusan, has told President Muhammadu Buhari to heed the advice of former President Olusegun Obasanjo not to seek reelection in 2019, or be disgraced like ex-President, Goodluck Jonathan.

He pointed out that when Obasanjo told Jonathan that he (Jonathan) would not return to office, it happened exactly that way, adding that the former President was right in his call since the current administration was full of deceit.

Speaking with Sun, the former lawmaker also alleged that pastor Tunde Bakare, Prof. Wole Soyinka and others who were active protesters during the last administration, were bribed to do so, asking if they were dead now.

According to him, “President Obasanjo has seen it all in this country. When he speaks, you don’t just overlook what he’s saying because most of his predictions have come to pass. When he said that (former President Goodluck) Jonathan would not return for the second term, what happened?

“Did Jonathan return? So, I will not want to argue with what Baba has said. He’s somebody who has seen and knows Nigeria from head to toe. Before he speaks, Obasanjo know all things.

“Generally when you look at the situation of the country, we deserve a change for the better and not the change of propaganda. What we had in 2015 was a change of deceit. It was not the proper change that Nigerians expected.

“The foundation of this present government was built on deceit, so Obasanjo has a right, as a Nigerian. Where are the activists of those days when Jonathan was in power who were sleeping at Ojota and were promoting protests? Wole Soyinka, Pastor Bakare. Where are they now? They cannot speak again?

“They should go back to Ojota and start killing cow and feeding protesters. They now issue statements in newspapers and on the social media. How many of the poor protesters can afford to buy newspapers or listen to news on radio when there is no light to power your radio. Even to power generator, where is the fuel? Is that the way it is supposed to be?
“Talk is not cheap in this country. As at the time we were in power and they were talking, somebody was promoting the protests, spending money. Somebody was providing the brown envelope. That is what I mean by where are the activists of those days? Have they all died?

“Those days, somebody was igniting them, promoting them. That is where you see the difference between the APC and the PDP. We are best in governing and not propaganda. We are not used to propaganda. But I believe that at the appropriate time, the people themselves will rise to the challenge.”